THE STAFF AT Brookfield Vision Care

Our exceptional eye care staff in Brookfield, Connecticut look forward to helping you and your family with all your eye care needs. We will help you select the most appropriate frames or contact lenses and will meticulously fit your new glasses to meet your needs. At Brookfield Vision Care, we are dedicated to optimizing your vision care.

SCHEDULE AN APPOINTMENT
Home » Our Staff

Meet Our Team in Brookfield, Connecticut 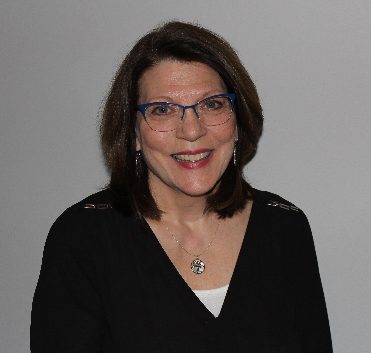 Lisa came to Brookfield Vision Care in 2017, she came with experience as an Optometric Technician and Vision Therapist. She also has a background in business management-Lisa was the owner of Stockbridge’s Gourmet Cheesecake and Delectables, in Shelton Connecticut where she made award-winning cheesecake’s. Lisa wears many hats in our office, she is the office manager but also heads up the specialty testing and contact lens ordering.

Lisa has a great passion for helping people, working hard and making Cheesecakes. Her number one passion is her family and loves to spend time with her children when she is not in the office. If you are looking for a good cheesecake for any occasion come talk to Lisa. We always look forward to eating her delicious baked goods for our office birthdays and celebrations. 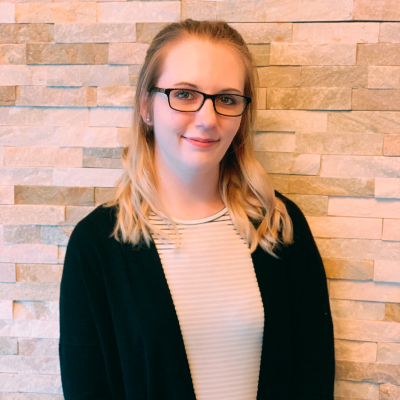 Shelby recently joined Brookfield Vision Care After years of working in the medical field, both in direct patient care and medical administration. She brings to Brookfield Vision Care a smiling face in a warm and caring manner, providing a seamlessly comfortable setting for all patients during the pre-examination process. She is very knowledgable in medicine and continuously works to expand her knowledge as an optometric technician.

When Shelby is not at Brookfield Vision Care pretesting you for your eye care appointment, she can be found hiking around Connecticut with her longtime boyfriend. She also enjoys to read in her down time, and cuddle with her kitten Nigel. 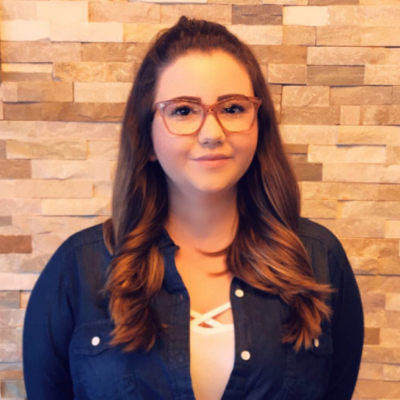 Kayla is a Connecticut native who attended Western Connecticut State University for her degree in psychology. While attending Western Connecticut State University, she was initiated into Sigma Delta Tau’s Delta Kappa chapter and was very active with their philanthropies, including: Prevent Child Abuse America, Women for Women International, and Jewish Women International.  She went on and became certified as a phlebotomist from The Harris School of Business.

During her studies, she gained a great interest in the visual system and decided to begin her career in eye care in January 2016. She worked at Opticare as a Lead Technician and joined Brookfield Vision Care in the same role in January 2019. Kayla is an expert in teaching contact lens insertion and removal classes and assists the optometrists with a variety of testing to prepare patients for their eye examination.

In Kayla’s off time, she enjoys spending time with her two vivacious children, binge-watching the latest Netflix series, and planning her next DIY project. Her hobbies and interests also include social media platforms, listening to a variety of musical genres, and outdoor activities such as kayaking, camping, and jogging. 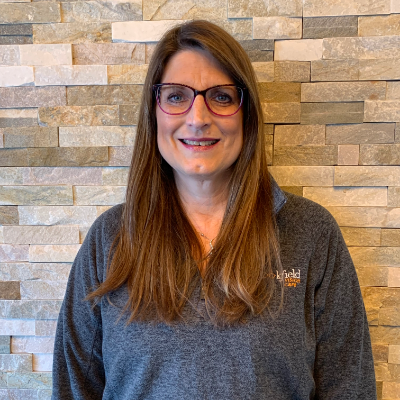 Laura is the first face you will see when you walk into Brookfield Vision Care, she will welcome you with her warm smile. She is a resident of Brookfield, has two daughters who attended Brookfield schools, with her husband of 31 years.

Before coming to Brookfield Vision Care, Laura had her own business as a hairstylist for 25 years. Due to health problems and having a life-saving bilateral lung transplant, she gave up the hairdressing career and went back to school to become certified in insurance Billing and Coding. She joined My Eye Doc as a coder and biller, and receptionist for a few years before coming to Brookfield Vision Care.

On her days off she enjoys spending time with her friends and family, she knows how precious life is. 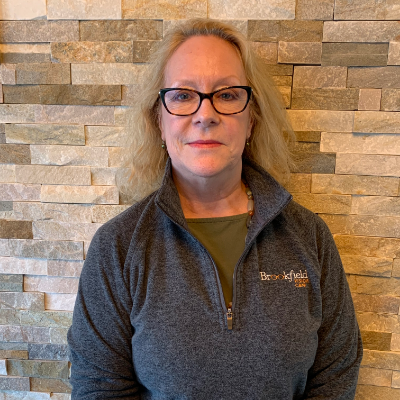 Patty has been employed with Brookfield Vision care since 2003. She has worked in various areas of the practice. However, she has been the billing manager since 2011. She helps our patients with their questions about their insurance benefits and makes sure they are seamlessly navigated through the complicated insurance process. She has a great responsibility to the practice’s success with accounts receivable, and the patients positive experience.

Outside of the office Patty enjoys gardening and watching the array of wildlife Connecticut has to offer. She has a keen interest in protecting the environment and its creatures. 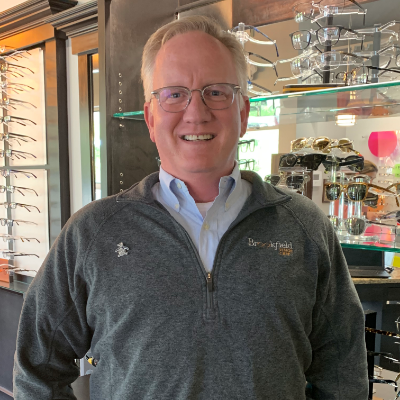 Bill joined Brookfield Vision Care after moving from Atlanta, Georgia, where he was a part of a private optometric practice as an Eyewear consultant/Optician. He brings three years of

expertise as an optician to Brookfield Vision Care, and over the years has developed a keen sense for modern and classic eyewear. One of his key passions is helping patients choose new frames that are best suited to meet their needs, lifestyle and face shape. Bill's honesty and sense of style will make you very comfortable with your eyewear selection process.

The team at Brookfield Vision Care aims to provide the best possible solution for the patient's eye health and vision needs. By utilizing the latest technologies and evidence-based treatments, we can ensure that each patient maintains optimal eye health.

We welcome new patients and accept most major forms of insurance....